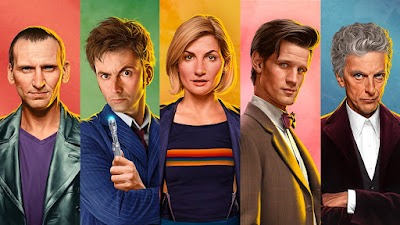 Episodes of Doctor Who usually follow the same pattern:
1.  Something bad happens either on Earth or somewhere else.
2.  The Doctor tries to figure what is causing the bad thing.
3.  The Doctor figures out a way to defeat whatever it is that is causing the bad thing.
Mostly these are "Monster of the Week" episodes, which is a familiar pattern for many other shows, like science fiction, or Buffy The Vampire Slayer, or Smallville which very much copied its formula from Buffy.
One would think that this would get very repetitive, and to some extent it does, but what Doctor Who does well is come up with new interesting monsters.  Season 3 Episode 10 of the rebooted series introduced "The Weeping Angels", which are aliens disguised as statues who only attack when you are not looking.  The episode, which is titled "Blink", is regarded as the best of the entire series.  It is scary and creepy and told almost completely from the perspective of a guest character. 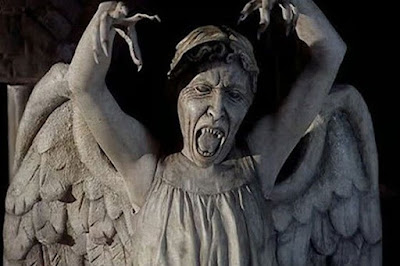 However, we can't just watch "Monster of the Week" episodes all the time and maintain our interest.  The show is better when it follows storylines that span multiple episodes or even multiple seasons.  This is where seasons 5 through 7 staring Matt Smith as the Doctor feel really epic.  It had plotlines spanning one or more seasons.  On the other hand, seasons 2 through 4 with David Tennant didn't have as many long-term stories but the show benefited from very strong writing.

I have complained about the later seasons going rapidly downhill, but this is not entirely true.  The first year with Peter Capaldi, season 8, was not as good, but the next two seasons were much better.

However, seasons 11 and 12 with Jodie Whitaker as the Doctor are a mixed bag.  There is just enough there to hold my interest, but the show feels weaker and showrunner Chris Chibnall publically admits that he is trying to use the show to push his political agendas.  A short 6 episode season 13 will premier at the end of this month, after which both Jodie Whitaker and Chris Chibnall are leaving the show.

Fans were delighted to hear that Russel T. Davies will be coming back as showrunner, as he is the one who rebooted the series in 2005.
Posted by John Coffey at 11:13 AM