10 Best Seasons Of (New) Doctor Who, Ranked By IMDB Average 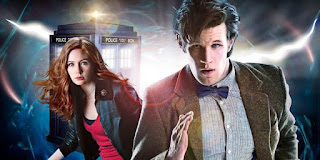 We may not have many Doctor Who fans here.

I wrote previously that I missed the days when this show was truly extraordinary, which seemed to peak about 10 years ago, but essentially all of the seasons 2 through 7 which I just rewatched on HBO Max. (It is mostly downhill after that.)

The IMDB user rankings seem to prefer the David Tennet seasons 2 through 4, but I think that the show was more epic with the Matt Smith seasons 5 through 7. The latter seasons developed more long-term plots with fewer episodic "Monster of the week" stories.

The Doctor's traveling companions are a significant part of the show. Although it is a matter of taste, my favorite is Amelia Pond played by Marvel actress Karen Gillan in seasons 5 through 7. However, I also really like Clara Oswald in season 7 played by Jenna Coleman.