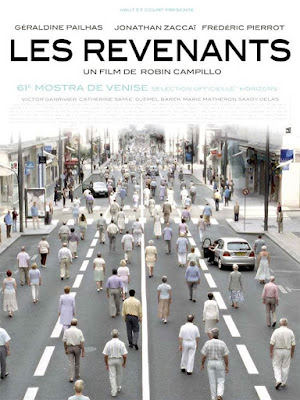 First, there was the 2004 French movie "Les Revenants" ("The Returned") about people coming back to life in a small French town.  This movie was also marketed as "They Came Back."  It is a slow burn.  The pace of the film is mildly sleep-inducing.  The movie seems to be a parable about mass immigration.  The resurrected have their own agenda, start colluding among themselves, but eventually vanish.  For me, the film seems pointless.  It has a 78% rating on Rotten Tomatoes, but only a 42% audience score. 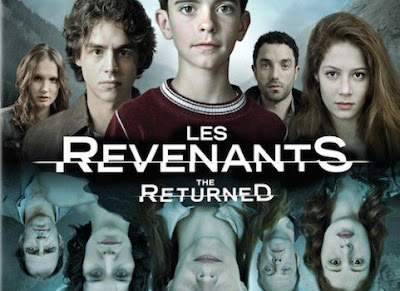 Then there was the 2012 French TV adaption "Les Revenants" and this was a huge hit in Europe. The first season has a 100% rating on Rotten Tomatoes.  It has a creepiness to it that creates an incredible amount of suspense.  It also has more nudity and violence than what you would find in an American TV show.  It feels a bit like a soap opera.  Once again, the resurrected have their own agenda and collude amongst themselves.  Perhaps they are wanting to make everyone else like them, i.e. dead, but by the end of the first season, I had no idea where this show was going.  I was unable to find the second season with English subtitles, so I don't know what the second season is like, but it has a 95% rating on Rotten tomatoes. 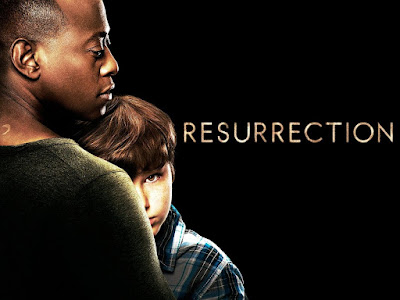 The French TV series was so influential that two similar American series were created.  The first is the 2014 series "Resurrection", starring Omar Epps.  Other than having the same basic premise, the story is completely different.  It is based upon a 2013 novel called "The Returned."   I can't find a connection between this novel and the French series.
It is about a government investigation into people being resurrected in the small town of Arcadia. Eventually, the government becomes paranoid about people rising from the dead and tries to quarantine them.  I had lost interest by the second season, but both seasons have good reviews on Internet Movie DataBase.  The series has a 53% rating on Rotten Tomatoes. 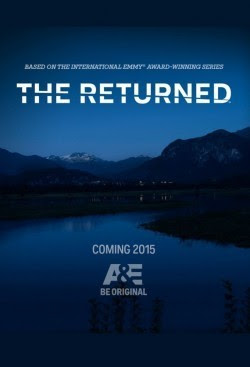 In 2015, the network A&E adapted the French series calling it "The Returned."  It is noticeably tamer than the French version, but otherwise, it is a scene-by-scene copy of the French series.  As such it is entertaining but lacks some of the creepiness that made the first series so suspenseful  I liked it, but unfortunately, it was canceled after one season.  It has a 67% rating on Rotten Tomatoes. 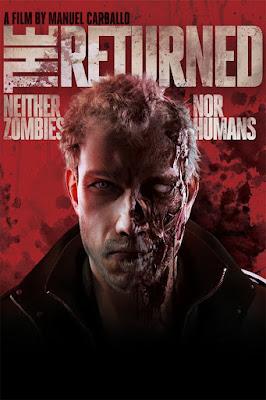 There was also a 2013 zombie movie called "The Returned" that has nothing to do with any of the shows above. It has a 58% rating on Rotten Tomatoes and is somewhat entertaining.
Posted by John Coffey at 3:50 PM