Nixon By Nixon: In His Own Words 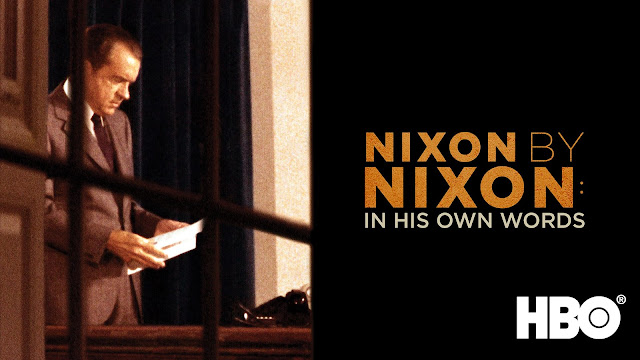 Thumbs up for the HBO documentary "Nixon By Nixon: In His Own Words".  It is mostly based off of Nixon's recorded phone conversations along with a few speeches.  It shows the ugly side of Nixon, where he engages in slurs, attacks different people as enemies, employs dirty tricks, and uses the full power of the Presidency to get his way.

I have to wonder how selective the documentary is?  You could make anyone look bad by only showing their worst moments.

I get the impression that Nixon was self-righteous in his beliefs.  Anything that deviated from what he thought was right he attacked with full force, whether it be communism, leftists, peaceniks, drugs, homosexuality, or certain ethnic groups.  When The Pentagon Papers were leaked to the New York Times by Daniel Ellsberg, a man of Jewish ancestry, Nixon claimed that all the Jews were spies and traitors by their very nature.  Not a nice guy.
Posted by John Coffey at 11:05 PM