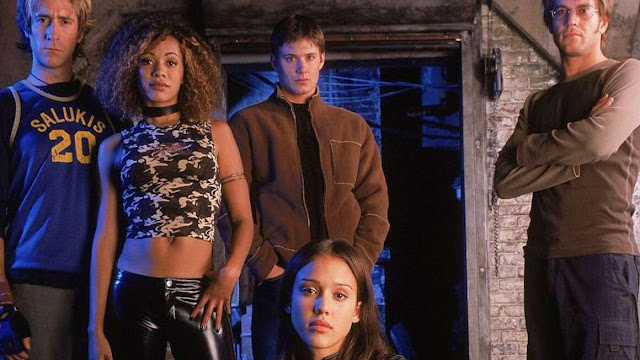 I remember really liking the 2000 TV series, Dark Angel. This show introduced Jessica Alba who has gone on to do many movie roles.
The complicated premise is that America is damaged by EMP, leading to a financial collapse. Children genetically altered to be supersoldiers escape a secret lab in Washington state. One of them survives to grow up in Seattle and teams up with an underground resistance movement to fight corruption and evil. She is being hunted by government actors who would like to get their supersoldiers back.

The show was fairly successful.

I tried to rewatch the pilot. The problem with many older shows, especially cheaply made ones, is that they are full of cliched and stereotyped characters. There are also a bunch of mediocre fight scenes and stunts. I might have thought that this was good 21 years ago, but it seems not very good now.

I might try more episodes, but I am not optimistic.
Posted by John Coffey at 12:04 AM