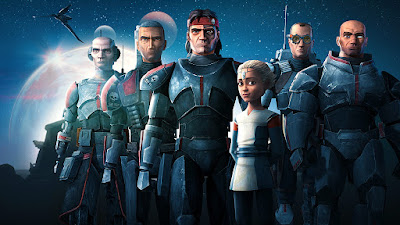 The Bad Batch first season ended up very good.  The next to last episode, part 1 of 2, was fantastic, although part 2 was just okay for the season finale.  There has been a progression of Star Wars TV series, starting with The Clone Wars, Star Wars Rebels, The Mandalorian (fantastic!), and The Bad Batch that have mostly improved over time.  These tie in well with the movies, and each other. They add storylines and characters from the books and the comics. In the coming year, we are getting The Book of Boba Fett, Asoka, and Kenobi series. These seem to be building to some sort of Marvel-like conclusion that may or may not tie in with the next movie.

BTW, it has been reported that George Lucas was going to make Darth Maul the villain of the sequel trilogy before Disney scrapped his plans and went with their own.  The Clone Wars series revealed that he survived and he turns up at the end of the movie Solo.